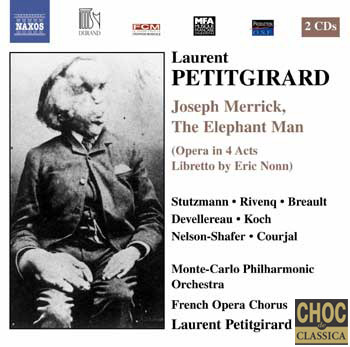 The Story of 'Elephant Man' John Merrick Is Made Into A Film, a Play, and Now an Opera